Weber Genesis vs Weber Summit – Which is better?

If you are doing the whole Weber Genesis vs Weber Summit debate then let me make things simple for you. 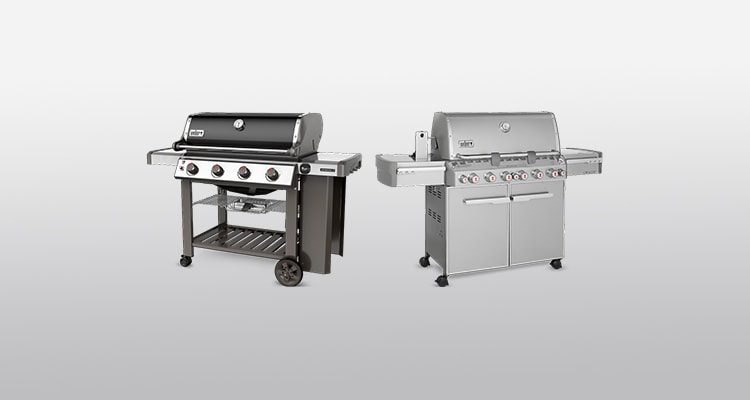 Weber Genesis vs Weber Summit – Which is better?

If you are looking for a workhorse of a grill that you are going to love for years then buy a Weber Genesis.  You want the Genesis if:

If you are looking for an amazing grill to celebrate a major life milestone then buy a Weber Summit.  You want the Summit if:

Here are a few more details to help you understand these grills:

Okay, that was the easy part.

Now comes the hard part….figuring out what are the meaningful differences between these grills and finding the right one for you.

I want to start with the best Weber grill, the Weber Summit S 670. Below are two videos that walk you through the features of the Summit 670.

Please watch at least one of these videos so you I can help you understand the differences with the other Summit grills.

As you can tell the Summit 670 is LOADED with features.  Here are the main ones to look at:

If you want to buy the best Weber gas grill then the Summit 670 is what you are looking for.

Weber also makes a stripped down version of the Summit 670 called the Summit 620 that sells for a few hundred dollars less than than the 670.

The Weber Summit 620 does not have the Rotisserie, Smoker Box or Sear Station.

The Summit 620 confuses the heck out of me. Why would anyone want an ultra premium stripped down grill? If you can afford the Summit 620 then your money will be better spent on either the Weber Summit S 470 or the Weber Genesis II 610. 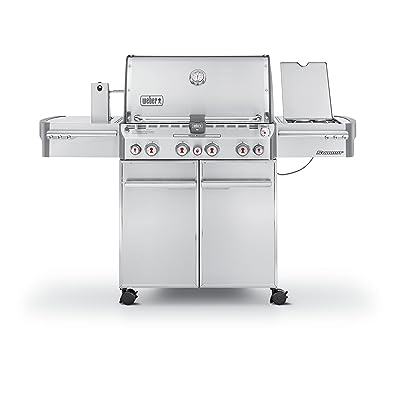 The Summit 470 is a four burner grill that has all of the features of the six burner Summit S 670. The grilling space on the 470 is smaller than you get with the 670 but is still plenty large enough to handle anything you want to throw at it.

The Summit 470 comes with the Sear Station, Smoke Box and Rotisserie. In my opinion the 470 is a much better grill than the Summit 620.

If you want an ultra premium grill but can’t justify the price or size of the Summit 670 then the Weber Summit 470 is what you are looking for.

The Weber Summit 420 is a four burner grill with no Smoke Box, Sear Station or Rotisserie.

Do NOT buy a Weber Summit 420.  This grill does not have the features that make the Summit special and is overpriced in comparison to the four burner Genesis grills.

In 2017 Weber restyled the Genesis series and relaunched the product line as the Genesis II.

The upgrades you get with the LX grills are:

If we are going to be comparing the Genesis against the Summit grills then we can ignore the two and three burner Genesis grills and focus on the four and six burner models.

I love the Genesis II 610 because it is a huge six burner grill that looks beautiful and costs about $1,000 LESS than the similarly sized Summit 670.

If you want a massive high performance grill without all of the bells and whistles that come with the Summit 670 then the Genesis II 610 is what you need.

But what about the Genesis II LX 640?

The Genesis II LX 640 is in the same boat as the Summit 620. These two grills come with a premium price (almost identical to each other) without delivering any real premium features.

Either you want the best six burner grill available, the Summit 670, or you want an affordable massive grill, the Genesis II 610.

The Weber Genesis II 410 is the grill that I am going to buy when my 20 year old Genesis Gold C finally falls apart.

I am going to buy this grill because:

The Genesis II LX 440 is in the same boat as the Summit 420. Both grills come with a premium price without offering sufficient premium features.

As soon as you get into the two and three burner range you are no longer comparing the Genesis to a Summit. The proper comparison on these grills is Genesis vs Spirit.