How to get a good bark when smoking meat

There’s no denying that eating barbecue is a sensory experience. The smell as it comes off the pit, and the sight of the smoke ring as you slice into it are part of what makes this hobby so satisfying.

The bark is an integral part of this experience. A flavorsome, licorice black bark is often the reason you and your guests will be coming back for a second, even a third helping of smoked meat.

A consistent, delicious bark is one of the hallmarks of a true pit master. But the skills to produce a good bark shouldn’t take you a life time to master.

But what exactly is bark? Why is it so damn important and how do you make sure you get a delicious bark every time you smoke?

Bark is an incredibly tasty crust that forms on your smoked meat. It is actually the result of some complex chemical reactions that have happened throughout the cooking process. Specifically, the Maillard reaction and polymerization.

T-ROY COOKS has an excellent in-depth video that looks at how to get a bark.

Interestingly, contrary to common belief, caramelized sugar is not responsible for the formation of the dark crust on the meat. Ideally, the optimum cooking temperature inside the cooker should be between 225 – 250°F. However, table sugar does not start to caramelize until it hits 300°F.

As the meat is cooking, the surface begins to dry out. Proteins on the meat’s surface bond together and form polymers. This is called the Maillard reaction. The result is a hard layer on the surface of the meat, called the pellicle. If you applied a spice rub to your meat, it will form a crust just on top of the pellicle.

And there you have it – in more common terms, the bark.

Read more: How to Use a Charcoal Chimney Starter

How does your rub affect the bark?

The ingredients in your rub that are water soluble or fat soluble have specific roles to play in the formation of the bark.

As the meat smokes, the ingredients in the rub that are water soluble, such as salt and sugar, will dissolve either in the moisture of the meat, or the moisture in the smoke. The dissolved salt molecules will go on to penetrate the meat.

The undissolved ingredients of the rub will remain on the surface of the meat and start forming a glaze. As the meat continues to cook, fats in the meat will render. At this point, the fat soluble ingredients of your rub will dissolve also. 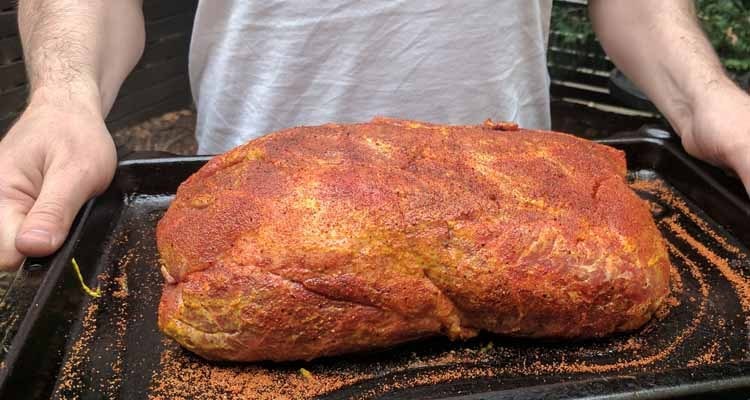 The glaze, which contains dissolved ingredients, along with the remaining undissolved herbs and spices, combine to form a pasty substance on the surface of the meat.

As the cook progresses and the pellicle forms, these ingredients on the surface will dry out and form the spice crust. The pellicle along with the crust is your delicious bark.

Did you know? According to Prof Greg Blonder of Amazing Ribs.com, salty and acidic rubs will tend to form a bark faster. This may sound like a potential short-cut, but don’t get too excited. While the bark may initially form at a quicker rate, this does not actually improve the quality of the bark you achieve by the end of the cook.

Read more: How to Calibrate a Meat Thermometer

What are the basic ingredients in a rub?

So now we know the importance of a good rub to form a bark, but what kind of rub should we be using to produce a good bark?

While there are countless variations of meat rubs, the basic ingredients should include salt, pepper, sugar and paprika. Often there is onion and garlic powder in the mix.

The specific spices you include in your rub, and how much you use will affect how thick your spice crust is. This is an important consideration when planning out your bark recipe.

How much chili can you handle in your spice crust? Creating your own rubs is a great way to experiment with different variables and see what your personal preference is. great opportunity to test your limits.

Or you can go the store bought route and try a few of the best rubs available. Personally I like to keep a few good rubs stocked in the pantry for when I don’t have the right ingredients to make my own rub (or when I”m feeling lazy). I’m partial to Plowboys Yardbird Rub, especially for pork and chicken.

How does smoke affect the bark?

Smoke is also a key factor in the creation of the bark. The longer your meat is exposed to the smoke, the darker it will become as more smoke particles stick to the glaze.

A piece of meat that has been smoked for a long time (12 or more hours) may appear burnt. On closer inspection, however, the bark on this meat should be glossy, not dry and charred. The meat, in fact, will not taste burnt. On the contrary, it should be delicious!

After rub, smoke is the second most important factor to achieve a good bark. 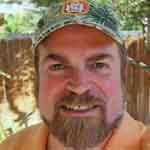 T-ROY COOKS, How To Get Good Bark on BBQ

“The longer a piece of meat is exposed to the smoke, the darker the bark will be. It just happens.

A piece of meat that’s smoked for about 15 hours will almost look burnt. But it’s not. If it’s done correctly, good bark is a highly coveted piece of the meat.

The smoke particles stick to the glaze and change the color of the original rub. ”

Read more: How to Start Your Traeger Pellet Smoker

How does temperature affect the bark?

One of the basic principles of successful barbecuing is temperature control. This principle also applies when creating a great bark. If the temperature is too low, the bark will not form. If it is too high, you will char the meat.

Around half way through the cook, moisture starts to evaporate from the meat, thus cooling the meat, and slowing the cooking. This is referred to as the “stall”. 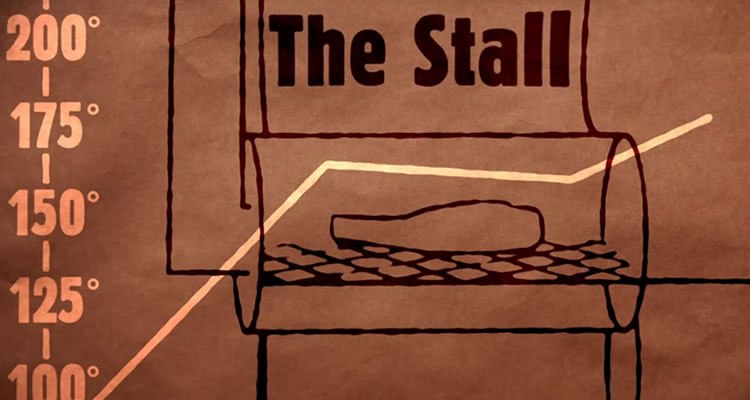 Eventually, after enough moisture has evaporated from the meat, the rub will dry out and the Maillard reaction will begin. The chemistry of the outer layer of the meat will change, creating the pellicle.

If the temperature is too low, the Maillard process will not happen, so maintaining adequate temperature throughout the cook is vital.

Read more: How to Season and Care for Cast Iron Grill Grates

As is the case with the temperature, when it comes to the fat content of the meat, balance is required to form a great bark. It is not simply a case of the more fat, the better.

Fat is necessary to form the bark, because the fat soluble components in the rub dissolve and hold on to the spices, forming the crust.

If your meat is too fatty, however, it could hinder the creation of the pellicle, by obstructing the access of heat and oxygen to the proteins on the surface of the meat.

In light of this, it is advisable to trim off any excess fat. Aim to leave just enough fat to render and provide that nice glossy glaze for the spices, smoke, and dissolved salt and sugar to stick to.How does moisture affect the bark?

To form a bark, there must be some moisture present so that the water soluble ingredients can dissolve. The moisture that is naturally in the meat and the smoke is usually adequate.

Therefore, you don’t need to go crazy basting of your meat throughout the cook. Too much moisture will in fact stop the bark from forming, because the surface of the meat needs to dry out in order for the Maillard reaction to start.

Now that we know how and why a bark is formed, what steps can we take to make sure we get a good one next time we smoke some meat? Here are some tips:

Rub recipe for getting good bark on brisket

This is where regional differences and different styles of barbecue come into play. You can’t go wrong with this rub from amazingribs.com

Or you could go ultra simple Texas style like Aaron Franklin does on his brisket, and go with a basic salt and peper rub.

Rub recipe for getting a good bark on pork butt

This recipe for a ‘Boston Butt’ dry rub comes from Dave of Barbequelovers.com. Visit the site for a full run-down of how he creates his ‘Boston Butt’.

Below are the quantities required to cover a 10 pound ‘Boston Butt’, likey with some rub left over.

Read more: How to get Perfect Thin Blue Smoke every time

We hope you have enjoyed our run-down of how to get a delicious bark on your smoked meat. Anyone who has had a expertly smoked meat, complete with black, flavor filled bark will attest to the fact that it is a skill worth mastering.

Have you got any extra tips or questions related to achieving a good bark? Share them in the comments section below.

And if you enjoyed this article and found it useful, don’t forget to share!