Barbecuing is unquestionably a disorderly field, which is precisely why the numbers can bring a certain comfort. That just might be the thing that explains the popularity of the so-called 3-2-1 ribs-cooking method.​

Are you not familiar with this method? Basically, it’s a process divided into three separate time blocks – the first lasts for three hours, the second for two, and the final one for just one hour.​

In this article, we’ll be taking a closer look at this popular recipe, examining it in details, analyzing its advantages and downsides, and we’ll also take a look at some variations and alternatives to it. Read on!

For the starters, let’s see what the 3-2-1 method actually is. As mentioned in the intro, it’s a process of cooking pork ribs that’s divided into three time sections. They are:

​We gave this method a try a few days ago, and we immediately understood its appeal – it results in meat that’s so tender that it looks like it will slide off the bones! It comes with a couple of layers of flavor that immediately associate one with the taste of a great barbecue. We don’t even have to say that the whole process can be done within a (very predictable) time frame of just six hours.

Those that follow the directions are guaranteed to avoid ending up with ribs that are too dry or too tough, which makes the 3-2-1 method a very fail-proof process. Almost 100% of people who taste the ribs cooked by this method will react with delight, and might even declare you a barbecue maestro. If all of this sounds pretty tempting (and we’re sure that it does), have a look at the following recipe.

​If you’ve ever smoked pork ribs, you’ll find the 3-2-1 technique to be pretty straightforward and easy. It gives the ribs some time to bathe in smoke in the period during which most of the smoke will be absorbed. During the next time block, the ribs will be steamed, which will make them soft and tender. The final time block, which lasts for just one hour, will see the meat exposed to dry heat that will result in the formation of a crusty surface.

For this method, you will not need any special equipment or extra supplies – all you’ll need are the ribs, the aluminum foil, the smoker, the seasoning rub, as well as the barbecue sauce. You’ll also need six hours of free time and the desire to create something that looks and tastes great. 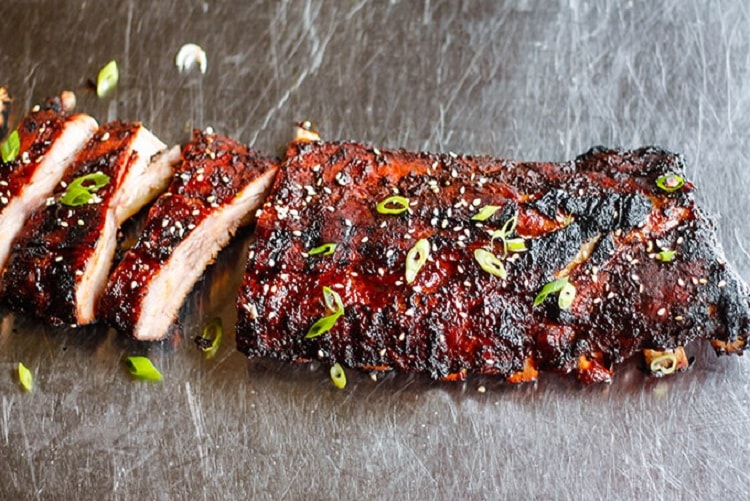 ​​The Advantages and Downsides of the 3-2-1 Method

​This process is guaranteed to give you ribs that are tender (“fall-off-the-bone”), which is something that many people consider to be the climax of smoked ribs. On the other hand, it probably won’t help you win any sort of barbecue competition.​

And the reason behind that is the fact that some people have an entirely different opinion on what a good rib is. For some, a well-cooked rib comes with meat that doesn’t stick to the bone but still holds to it. To put it more simply, they think that, when you’re biting, the meat should be removed away cleanly from the bone – and not fall off.

However, if you’re not considering getting into a barbecue competition, you shouldn’t worry – just follow this method and your guests will surely be pleased.

​This technique has been mainly designed for the pork ribs – the timing works best for this type of the meat. Those that prefer the baby back ribs should give a try to the so-called 2-2-1 method. Otherwise, they will be risking having the baby back ribs overcooked and dried out – you certainly don’t want that to happen!

If you’re interested in long-term smoking, you could try placing the wrapped ribs into your oven, after which you could finish them off on a grill (at a low temperature). Due to the fact that most of the smoke flavor is usually delivered in the first couple of hours, this technique won’t have an adverse effect on the overall outcome.

​As you can see, the 3-2-1 technique for the pork ribs is easy-to-do and guaranteed to leave you with meat that looks and tastes great. It comes with a predictable time frame and doesn’t require any unique ingredients or equipment, and the results are sure to impress your guests.​

A word of advice, though – this technique is good only for two or three racks of pork ribs. If you intend to smoke just one rack, the whole process probably won’t last for entire six hours. For the really small racks, try the 2-2-1 method.